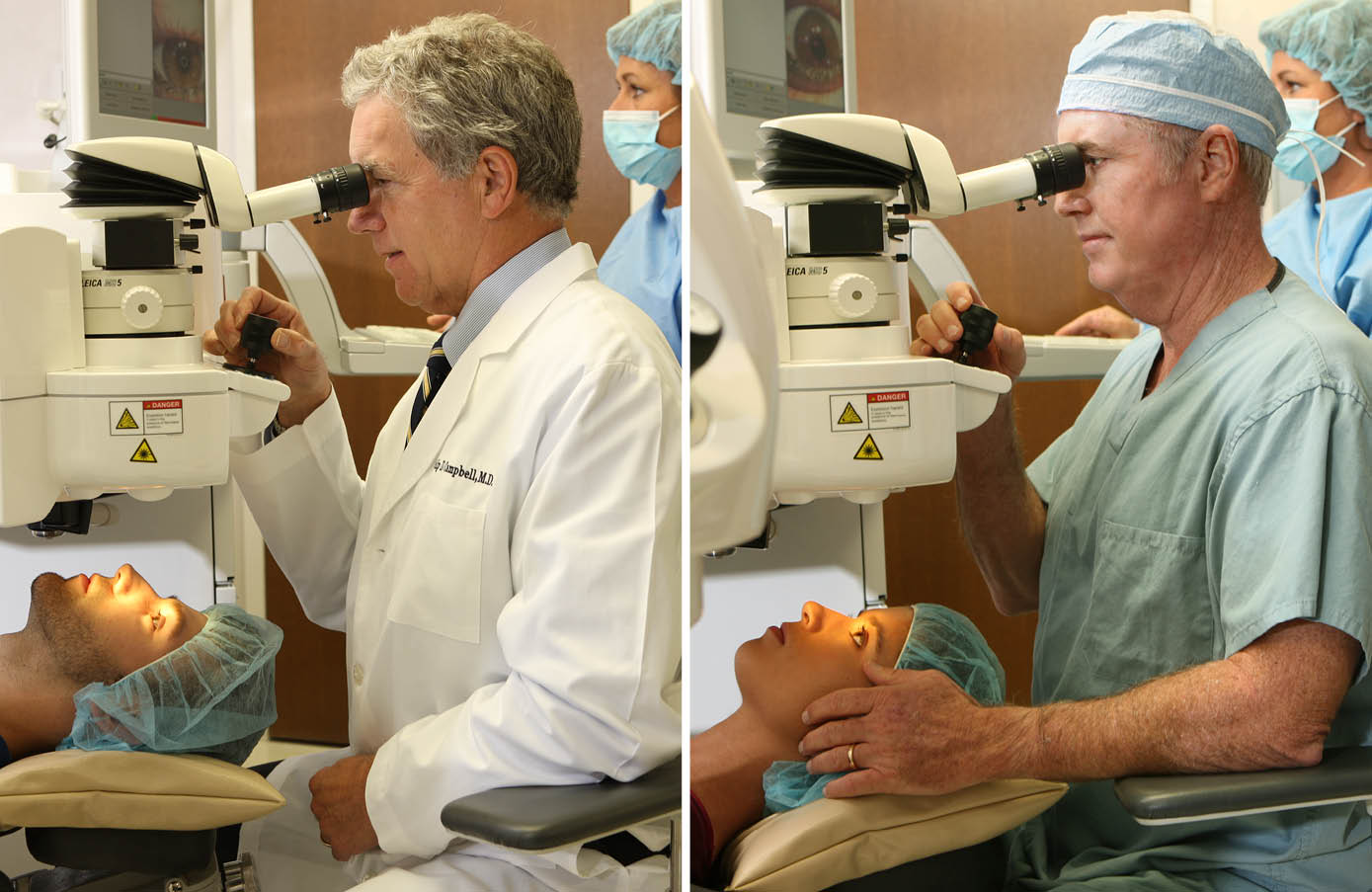 Your eyes are among your most precious physical assets. So it’s perfectly understandable that when considering any type of surgical procedure on your eyes – even one with the safety, reliability and proven track record of LASIK – you would want to make sure you’re entrusting their well-being to surgeons who excel at what they do.

That’s why we’d like to tell you a little bit about the surgeons of Campbell Cunningham Laser Center. Individually and collectively, they offer their patients decades of experience performing the LASIK procedure specifically, on top of an even broader history with ophthalmological specialties like cataract microsurgery, glaucoma management and corneal transplants. Both doctors are local to the Knoxville area and are deeply committed both to their patients and their community.

Dr. Campbell’s roots as an eye surgeon indeed run deep, considering that in 1952, his father, Dr. J. Ed Campbell, founded the practice that would later become known as Drs. Campbell, Cunningham, Taylor & Haun. The younger Dr. Campbell was inspired by his father to pursue a career in the medical field and earned his undergraduate and medical degrees from Tulane University. He went on to serve his internship at Emory University Hospital and Grady Memorial Hospital in Atlanta and his ophthalmology residency at Emory University School of Medicine, also in Atlanta. A Knoxville native, Dr. Campbell and partner Dr. Les Cunningham founded the area’s first practice-based onsite LASIK surgical facility in Knoxville in 1997. To learn more about Dr. Campbell’s qualifications and professional affiliations as well as his thoughts on the effectiveness of LASIK treatments, click here.

Dr. Cunningham joined what is now known as Drs. Campbell, Cunningham, Taylor & Haun in 1991, sharing Dr. Campbell’s interest in staying on the forefront of advancing technologies. That led to the founding of the Campbell Cunningham Laser Center in 1997. Dr. Cunningham graduated cum laude from Milsaps College in Jackson, MS, and earned his medical degree from the University of Mississippi School of Medicine in Jackson. He originally started out as a pediatric intern and resident at the University of South Alabama School of Medicine in Mobile, but he realized early on that the pediatric specialty wasn’t a good fit for him. His search for a specialty that would combine primary care with surgery and advanced technologies led him to ophthalmology, and he went on to serve his residency in that specialty at the University of Mississippi School of Medicine. He was certified by the American Board of Ophthalmology in 1994. To learn more about Dr. Cunningham’s qualifications and professional affiliations as well as his thoughts on the effectiveness of LASIK treatments, click here.